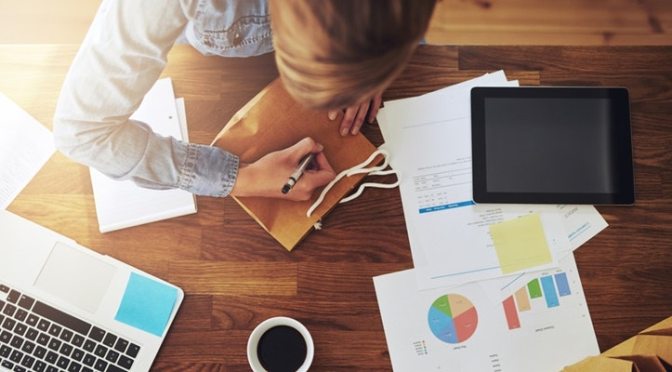 ‘My central belief has always been that it doesn’t matter whether I’m a female entrepreneur or not – entrepreneurship is a truly non-sexist role.’

As an entrepreneur, one of the things that I get asked constantly is what it means to be a female entrepreneur in an otherwise male-dominated business landscape. Honestly, it can mean many things – exemplifying aspirations other women can and should have, providing true equal opportunity in our workplace for women, weaving a narrative that more accurately represents women in business and so on.

But honestly, my central belief has always been that it doesn’t matter whether I’m a female entrepreneur or not – entrepreneurship is a truly non-sexist role. It is a realm where ideas, potential and capability are the only things that matter, not my gender or background. I’m not a female or male entrepreneur -I’m simply an entrepreneur.

Goals are relentless and don’t leave room for much else

Just like a sprinter runs towards the finish line with nothing else in mind than crossing that ribbon, as an entrepreneur you focus on your business goals with as much clarity. Only, when one race is done, there’s another waiting around the corner and another and another.

While sprinting that hard and fast, it does not leave any room to focus on anything but the goal. When we first started the business, my co-founder and husband ran the business while I brought home the bread for many years. We weren’t playing traditional roles at that stage, and it was really about getting to a place where the business could afford both of us.

There’s a time and place to fight the fight

At the start of our entrepreneurial journey, when we were struggling to keep the lights on, it never occurred to me to fight the good fight. As a bootstrapped startup, our entire focus was on survival to the exclusion of everything else. Having that clarity taught me that there is a time and place for everything. Not every problem permeates everything you do. Ensuring we had a women-friendly workplace in terms of amenities we could provide, became a focus much later in our journey, because earlier we just could not afford to do so.

Even today, I don’t know if we focus on this aspect hard enough, but I like to think of us women as cactus trees. Put us in the harshest of environments and we’ll still find a way to survive and thrive. My team is full of women, and I respect them tremendously. They are every bit the entrepreneur I am.

Other people care more about this label than I do

Women comprise 11% of all entrepreneurs in this country, according to NASSCOM. While this may seem like a very skewed statistic, to my mind, every woman who supports an entrepreneur is one in their own right. Just because you’re not called one, does not mean you’re not one. It’s the reason most successful entrepreneurs talk about family as their inspiration and always acknowledge the role they have played in their success.

Therefore, to me this is just a label and somehow other people care about it a lot more than I do. Most people think that being a woman means you have a point to prove, about women being equal or better. But to me, glass ceilings are a fading truth. Investors, customers and colleagues are only looking for good returns, service, & growth. As long as that comes through, the world cares less and less about the gender of the person achieving that.

With a woman, most people worry about coming across as ‘sexist’ or ‘not sensitive’, sometimes an unavoidable label for expressing very simple opinions. More often than not, people go the extra mile to avoid coming across as sexist, but that may be harming more than it is helping. Assuming that women aren’t able to hear it straight is doing them a tremendous disservice.

What’s not to hate? Labels are inherently disrespectful

Labels categorise you in a limited sphere. It encourages preconceived notions and biases, which can ambush you in situations you least expect them to.

Just like in the beginnings of the suffragette movement, women who were involved were labelled ‘troublemakers’, today the rhetoric that has been setup ensures that whether you are a believer or not, you are viewed with some wariness. Women tend to be approached softly, and as entrepreneurs not often given their due when labelled as ‘female’ entrepreneurs. In other words, the rhetoric is resounding loud and clear in every room you enter.

Sometimes deserving startups led by women, struggle to get taken seriously or face the brunt of un-intentioned apathy. A label itself is disrespectful, and being a ‘female’ entrepreneur, when you’re working with the same set of variables, to approach a problem, this is clearly baggage you can do without.

This article was first published on YourStory

This site uses Akismet to reduce spam. Learn how your comment data is processed.