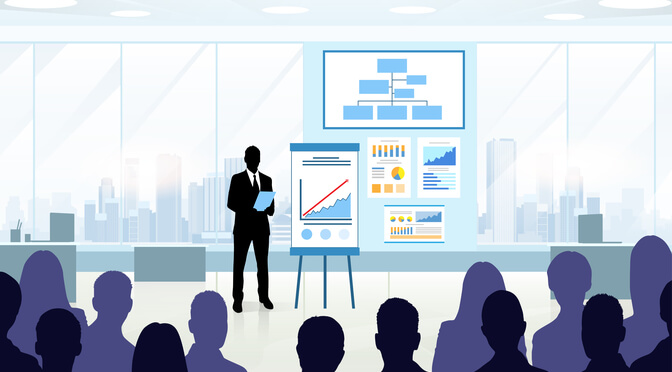 Training used to mean boring, but what if you play a game and get trained on a particular niche! Technology has revolutionized our daily lives and so the training. Now with the help of engaging contents, you can provide training to your employees or learn a new technology.

QuoDeck developed a game-based platform to train employees in a fun manner. We spoke to Arijit Lahiri, Co-Founder, QuoDeck Technologies to understand their vision and how it can be helpful for enterprises.

What’s the idea and How you began this journey?

When we started off in 2013, we were looking for a bunch of potential learning games but there was no software. So, we plan to create an engine which will allow us to develop games, specifically for learning. We wanted to pick up this space because most of the learning is fairly boring in the Enterprises, even today. As we have worked in that environment for our careers in Enterprises, we found that learning is very monotonous. We thought that games would make it interesting.

We thought to build a software microservice architecture and over the course of time, we developed a platform kind of web version like Netflix, Amazon kind of approach. Instead of having like one Central Core, we decided to have multiple small services which kind of aggregate the entire API level. So microservices on the API and micro apps on packages on the front-end side, where we are using just for context for backend.

Some of the backends will be on Ruby on Rails, so basically, some of rails APIs are actually Phoenix and Alex API. Also, some backend parts are on PostgreSQL and some are on MongoDB.

For the front end, we earlier used jQuery and all without using the frontend framework. Later on, we migrated most of it to React. Apart from that anything which is created on the QuoDeck framework can also be consumed through Augmented reality apps like Euphoria, Unity or Virtual Reality which is unity based, so it connects to the API.

What sort of API integration has been done?

This is cloud-hosted, some of the microservices can actually iterate what we call Omprem, behind the firewall. So, let’s say there is end number of services which are there in the app. So, they adapted in the firewall which communicates with the client systems with the clouds.

What kind of mechanism you have designed?

What we have done! Let’s say there are hundred thousand learners in a particular company he if I aggregate all the data on the server and calculate, it becomes a fairly complex affair. Instead of what that R code does the whole set of calculation and caching and storing at the mobile level.

What is aggregated needs to who goes to the server now again this is not on one single server, we have a set of app servers, which are serving out to do shading calculation by the Mongo app. Basically, we shed out the Analytics so that it allows us to do the whole bunch of real-time otherwise it would take like three days to calculate.

Why would enterprise adopt your solution?

Either they are looking for something which is free, very simple, low maintenance and can deploy easily for Speed. Because it’s a microservices app architecture the entire thing is very modular. You can launch the customized app as we have just launched QuoDeck Express. It is a variant which is built it on the context of speed. What would otherwise it will take maybe like two or three months to setup up and deploy, that can effectively now be done in just 10 minutes. That’s the hyper-speed version of the QuoDeck.

Everything is like merging Google Drive with all the powers of the learning management system. So, ability to start with a very fast system & and scale it up to a very powerful system is what really works for the Enterprises, and it works for most of the companies.

People don’t likely to come out to buy tech, they come out to solve a problem. So, when we try and cater to that this express kind of offering as You take it and get ready and go. Once that is done then are saying like OK this is interesting can we do a little bit more of this. And then you say ok so how this you can scale up the system till you can go to. Its largest we have a deployment which is a group company level deployment which has about 15 companies within it and each, so there is one common app and somebody comes in, they get to see their own branding.

At the most powerful level, there is mobility, there is engagement which is all the game-based learning techniques, and the third is fairly deep and complex analytics. Learning should be measurable, it should be treated more like a Marketing activity and not just as a charity activity for people in-house.

By Ashok Pandey, author at CioL

This article was first published on CioL

This site uses Akismet to reduce spam. Learn how your comment data is processed.